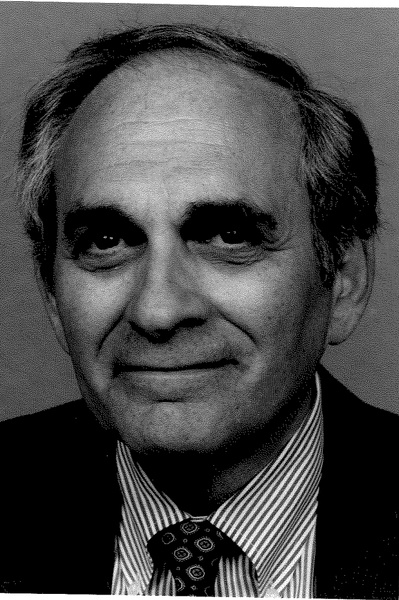 Before embarking in what would become a 60-year career in medicine, Dr. Jeck graduated from South Philadelphia High School in 1949, University of Pennsylvania in 1953 and the Des Moines College of Osteopathic Medicine in 1957.  He was an accomplished violinist who played alongside eventual members of the Philadelphia Orchestra.  After graduating from medical school, he became the very first OB/GYN resident at PCOM; a program decades later he would chair and nurture. Dr. Jeck provided exceptional care to women in Northeast Philadelphia along with his two mentors, partners and longtime friends, the late Dr. Emanuel Fliegelman and the late Dr. Simon Lubin from 1965-1990.

During his illustrious career, Dr. Jeck delivered over 13,000 babies and performed surgery on tens of thousands of patients.

Scores of students and physicians rotated though his practice and learned from him.  As the years went by and there were new technological advances in OB/GYN medicine, Dr. Jeck embraced change as a way to provide the best care possible. He taught other physicians how to read and interpret ultrasounds and fetal monitoring strips.  Dr. Jeck pioneered and taught less invasive laparoscopic GYN surgery, conducted research, inspected hospitals and authored numerous medical publications.  He remained on the forefront of the latest screening and detection techniques of GYN cancer.  He was a staunch supporter of the right of women to make personal decisions regarding their reproductive health.

Dr. Jeck was universally beloved by not just his patients and his students, but revered by colleagues and staff at the hospitals where he practiced.  His energy was abundant and infectious and he would often appear on local TV to discuss the latest medical innovations. His medical expertise, gentle and calm demeanor, kindness, decency, undeniably good sense of humor and even better sense of life was uplifting and inspiring.  Dr. Jeck made a positive impact on all he met and knew.

Dr. Jeck spent the second half of his career giving back to his chosen field of medicine as a professor and mentor.  While others his age retired, he considered medicine a calling and embraced the opportunity to teach all he had learned.  In 1990, he began his tenure as Professor and Chairman of PCOM’s Department of Obstetrics and Gynecology.  He also became Director of the College’s Residency program in OB/GYN which he was instrumental in expanding from four to nearly 30 candidates over the course of a decade.

Dr. Jeck served as president of ACOOG which recognized his outstanding contributions over decades with numerous recognitions and awards.  In 2004, he was named to the American Osteopathic Association Mentor Hall of Fame.  He twice received the Christian R. and Mary F. Lindfback Distinguished Teaching Award, the Dean’s Appreciation Award and a Distinguished Service Award for his OB/GYN residency program.  In 2013, Dr. Jeck received the esteemed OJ Snyder Memorial Medal, presented in memory of the co-founder of PCOM.  This is the College’s highest honor, as a recognition of Dr. Jeck’s leadership and service to PCOM and to the osteopathic profession. In recognition of his service and notoriety as a physician, he was inducted into the South Philadelphia High School Hall of Fame.

Born to Jewish immigrant parents, Harry and Rose on November 27, 1931, Dr. Jeck grew up in the heart of South Philadelphia along with his sister, Lillian, where he excelled academically and fostered a love for music.  He aspired to become a professional violinist.  His family physician, an osteopath, encouraged him to consider medicine and he changed his career path and applied to medical school.

Dr. Jeck began school at the Des Moines College of Osteopathic Medicine in the fall of 1953.  There, he met the late Sheila Ann Caplan.  They fell in love over their shared devotion to music.  Sheila, a classically trained pianist, impressed him with her skill and they would often play together.  One of Saul’s greatest joys was attending local orchestral events, returning to play in an all-physician orchestra as well as arranging impromptu family home concerts—eventually with his grandchildren--following holiday dinners.

In addition to music, Dr. Jeck enjoyed family vacations, sightseeing and spending his summers down the shore.  As a teenager, he counseled under-privileged Jewish kids at the SGF summer camp in Collegeville, PA.  Later, when his children attended overnight camp, he cherished his time as camp doctor at Camps Wohelo, Comet and Trails in Waynesboro, Pa where he cared for campers by day and entertained them at night—starring as the Master of Ceremonies in the many ‘Wierdo’ skits accompanied by magic and fireworks.  His performances were legendary!

Saul Jeck loved and adored his family.  He and Sheila enjoyed a wonderful loving marriage for over 64 years and they were inseparable.  Saul was proud of his son, the late Charles Jeck, DO, who followed in his footsteps to become an osteopathic physician.  He was equally proud of his son, Daniel, a Philadelphia Trial Lawyer for 30 years and his daughter-in law, Dara, a retired teacher.

More recently, Saul mostly enjoyed cheering on his grandchildren at their sporting and other events and passing the time with his family during summers at the New Jersey shore.

Donations in Dr. Jeck’s memory may be made online to the Philadelphia College of Osteopathic Medicine or directly at PCOM, Institutional Advancement, 418 City Avenue, Philadelphia, PA 19131-1695, www.pcom.edu or to the Alzheimer’s Association, PO Box 96011, Washington, DC 20090-6011, www.alz.org.

To order memorial trees or send flowers to the family in memory of Saul Jeck, DO, please visit our flower store.
Send a Sympathy Card