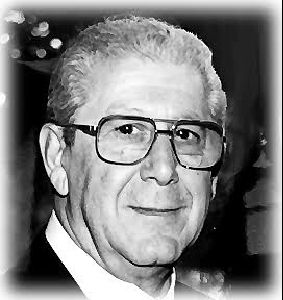 formerly of 6106 Belden St., Phila. and more recently residing at 9896 Castor Ave., "Paul's Run", died unexpectedly but peacefully on Nov. 27, 2020 at the age of 98. Sam's parents were Albert and Rose Levy who reared Sam and four siblings on Gaskill St. He was a WWII Navy Veteran and served in Japan after the conclusion of the war. In 1961 he was privileged to marry Beatrice Orchow and to become the father of his treasured step-son Billy Orchow who survives along with his wife, Janet. He retired from Globe Rubber Co. in the 1980's. Sam is survived by his beloved sister Alice Greenberg and pre-deceased by his brothers Nathan and Isaac Levy and sister Mae Ross. He is also survived by his daughter Linda Levy McInnis (James), son Alan Dougherty (Dawn), grandchildren Bobby McInnis (Amanda), Scott McInnis (Mariya), Michael Dougherty (Nicole), Katy Dougherty, Alyson Dougherty and eight great-grandchildren. Sam will be interred beside Bea Orchow Levy on December 10th at 10:00 A.M. with a Graveside Service at Shalom Memorial Park, 25 Byberry Rd., Huntington Valley. Call Goldstein's for Zoom details. "May the memory of the righteous be a blessing." Contributions in his memory can be made to Children's Hospital of Philadelphia 3401 Civic Center Blvd, Phila., PA 19104 chop.edu. www.goldsteinsfuneral.com

To order memorial trees or send flowers to the family in memory of SAMUEL LEVY, please visit our flower store.