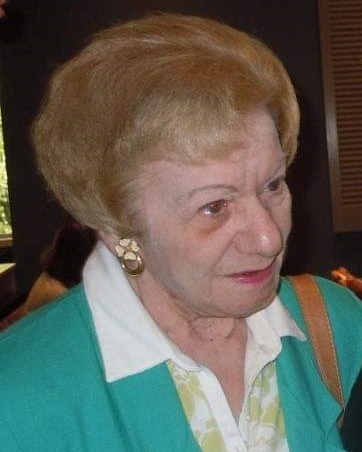 Rosalyn Kessler (nee Wexler), passed away on November 7th, 2022, at 96 years old. The daughter of Max and Ida Wexler. Beloved mother of David (Debbie) and Stephen (Anne); grandmother of Brandon Kessler, Daniel Kessler, Brooke (Alexander) Huddleston, Nicole (Mark) Norman; great grandmother of Grace and Ryan Norman. Loving aunt of Tari Shapiro, Lynn (Tom) Mann, and Susan (Alan) Steinberg. She is predeceased by her brother Joseph, nephew Barry Wexler, nieces Paulene Gonzalez and Sharon Wexler, and sister-in-law Phyllis(Daniel) Yudof. Rosalyn was born in 1926 to parents who fled the Czar’s pogroms near Kyiv in 1910. Growing up in the Olney section of Philadelphia she was one of the Greatest Generation. She lived through Pearl Harbor and saw her high school classmate’s sacrifices to keep our nation free. As a loving sister she helped her brother Joseph with his family after his World War II Navy service ended. She was one was of many to start the baby boom generation in 1950’s suburbia in Levittown, Pa. Later moving back to Philadelphia to raise her two sons with invaluable aid from her parents. She started her career in the claims department of Royal Insurance. Excelling in her career she was promoted to Dept Manager. After the company reorganized, she took on the role of executive secretary. She feared the new computer technology that her company had adopted but soon became the go-to expert that her colleagues relied upon. Rosalyn relocated to Johnson City, TN, to be closer to her son David and his family who gave her loving care in her golden years. She enjoyed a long 30-year retirement, reading, rooting for her beloved Eagles football team and a new passion of golf. Service to be held at Har Nebo cemetery, Spring 2023 Contributions in her memory may be made to a charity of the donor’s choice.

To order memorial trees or send flowers to the family in memory of Rosalyn Kessler, please visit our flower store.