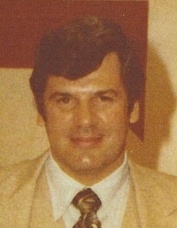 RONALD P. “Ron” DAVIS, July 23, 2022. Husband of Linda (nee Rossin) and the late Pearl (nee Dubin) Davis. Father of Edward (Jan) and Scott (Dawn Gilley) Davis, and Holly (David) Lipow. Brother of Judith (Alan Snegaroff) Schuster. Grandfather of Brandon (Alana), Brett, Jordan, Bradley, and Paige Davis, and Matthew and Jason Lipow. Great grandfather of Blake and Evan Davis. Stepfather of Barrie and Richard Feldman, and Stacy Alexander. Step-grandfather of Henry Alexander and Brett and Jessica Feldman. Ron served in the Korean War. Upon his return, he attended Temple University and married his childhood Sweetheart, Pearl. He then began a decades-long career in the food industry, ultimately becoming the President of Colonial Beef Company. After Pearl’s passing in 1991, Ron married Linda, with whom he remained married until his passing. Relatives and friends are invited to Graveside services Wednesday at 11:30 A.M. precisely at Montefiore Cemetery, 600 Church Rd., Jenkintown, PA 19046 (Sec. M). The family will return to the home of Scott Davis. Contributions in his memory may be made to a charity of the donor’s choice.

To order memorial trees or send flowers to the family in memory of Ronald P. "Ron" Davis, please visit our flower store.