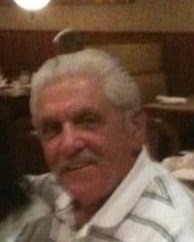 Philip (Phil) was born August 30, 1935, to the late Abraham & Rose Barrish. He cut his high school education short to help support his family. He enlisted in the U.S. Air Force and served for 4 years, during that time he received his GED. As fate would have it, he met the love of his life on a blind date in 1956, proposed on Valentine’s Day in 1958 & united in marriage with Verna (Vern) on September 18, 1960. Ironically, they were born on the same day in the same hospital 3 years apart. They started their family in 1964 with the birth of their daughter Lori & followed with the birth of their son Tracy in 1967. The greatest gift he could ever give was his devotion to his family. At times he worked 2 jobs before becoming a self-made businessman. His unwavering work ethic was an example to everyone. He was extremely proud of his children & absolutely adored his grandson. Phil lead a very active lifestyle both before & after retirement. He loved to dance and won a few competitions. He was able to travel with Vern a great deal & fulfilled 2 trips on his bucket list to Israel & Italy. He also loved his hometown sports teams and was an avid Phillies fan. Phil’s great sense of humor was infectious & his favorite saying was “I never forget anything I remember.”

All roads in Phil’s life lead back to his dedication to his family. He spent countless summers driving back & forth from Phila to Atlantic City every weekend to spend time with his wife, kids & family. Graveside services will be held on Monday, November 7, 2022, at 12n at Shalom Memorial Park, 3573 Pine Rd, Huntingdon Valley, PA 19006. In lieu of flowers, donations in Philip’s memory can be made to Stand Up2Cancer, standuptocancer.org

To order memorial trees or send flowers to the family in memory of Philip Barrish, please visit our flower store.