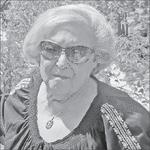 NANCY D. PLON (née Lipton)
Nancy D. Plon (née Lipton) passed away at Georgetown University Hospital in Washington, D.C. on January 11, 2022. Mrs. Plon, a native of Philadelphia, was a resident of Washington, D.C. for many decades.
Mrs. Plon is survived by her daughter, Ruth Dedole (Pascal) of Dijon, France, a son William Plon (Victoria) of Colorado, a granddaughter, Jessica Martin (Lionel) of Paris, France, and 5 great-grandsons (Ouriel, Aaron, Yoni, Ari, Avner) who brought her great joy. Mrs. Plon was preceded in death by her sister whom she loved dearly, Dorothy Lipton, and she is survived by her beloved brother, Leonard Lipton (Nancy) of New Jersey.
Mrs. Plon earned a bachelors degree from Temple University and had a career rich in the classical arts. Based in Vienna, Austria, from the 1960s until the 1980s, Mrs. Plon worked closely with classical and jazz artists to promote their talent and arrange performances throughout Europe under the auspices of the United States government. Upon returning to the United States, Mrs. Plon worked with the Federal Communications Commission and was a member of the team that addressed the Y2K phenomenon at the turn of the millennium. Mrs. Plon completed her career with the FCC by dedicating herself to improving communications policy and deployment on Native American reservations.
As a patron of the arts, Mrs. Plon was an ever-present supporter at the Kennedy Center in Washington. An avid attendee of symphony, opera, and other classical music performances, Mrs. Plon could always be found in "her" seat, prominently located in the front row of each of the Kennedy Center venues. Mrs. Plon often marveled that the Kennedy Center was a temple to the beauty of music and human creativity.
A private interment ceremony is planned for Mrs. Plon, next to her beloved sister and parents, at Mt. Sharon Cemetery in Philadelphia. She will surely be missed by her friends and family.

To order memorial trees or send flowers to the family in memory of NANCY PLON, please visit our flower store.