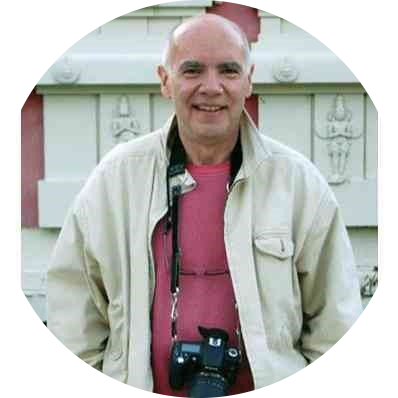 Marshall Swerman, a renowned Los Angeles photographer and artist, died at age 76 on Sunday, December 4, 2022, from complications of Parkinson's Disease. Born and raised in Chester, Pennsylvania, Swerman moved to New York in the mid-60s. He attended the New School for Social Research while studying acting at the famed Neighborhood Playhouse with Sanford Meisner. In Manhattan, he met Jerry Krutman, a successful commercial photographer, who mentored him. He spent hours at Krutman's 42nd Street studio, absorbing photography, shooting and darkroom techniques.

Living on the New York's East Village in the mid-60s, Swerman's friend Ivy Nicholson - an Andy Warhol "Superstar " - brought him to the famed Warhol "Factory" to meet the artist and his entourage. Swerman visited the Factory regularly, enjoying the wild parties, hanging out, and meeting the great and near-great celebrities from that era. Warhol agreed to be photographed by the 18-year-old Swerman, who styled the series. The result was a sequence of iconic pictures of Andy in his environment, included in Swerman's historical series "Andy Warhol and Friends."

Marshall Swerman's reportage work on the culture and environment of the 1960s through the 21st century has been published worldwide. His work can be found in collections around the globe and has been celebrated in solo and group exhibits in New York City, Philadelphia, Los Angeles, Martha's Vineyard, Massachusetts, Europe and Asia. Swerman's most recent public engagement of his Warhol collection includes four photographs in the 900-page preeminent biography, Warhol, written by noted art critic Blake Gopnik and published by HarperCollins. Swerman also appears in Warhol's rarely-seen 24-hour film 4-Star, a portion of which was shot in Swerman's East Village apartment. His Warhol portraits are included in the Warhol Museum collection in Pittsburgh and were highlighted in the Ric Burns PBS American Masters 2006 documentary of Warhol. The portraits are also found in the Asian traveling exhibit "Andy Warhol - 15 Minutes Eternal," organized by the Andy Warhol Museum in 2014.

In the early 70s, Swerman partnered with his friend and creative designer/artist Barry Shereshevsky and opened PFT (Print Film Tape). PFT was an innovative design company close to Warner Bros., Universal and Columbia Pictures, making it ideal for their entertainment advertising business. The company was an immediate success and was responsible for creating the campaigns for "Being There," starring Peter Sellers, and "Dirty Mary, Crazy Larry," a film starring Peter Fonda, released in 1974. PFT became known as the foremost Hollywood design boutique in the film industry, creating numerous film campaigns. Always the visionary, Swerman came up with another concept and opened a separate business with Shereshevsky, UPSTATS, a photostat company, another achievement.

Swerman maintained deep relationships with former girlfriends, who became lifetime friends. His gregarious love for people, infectious laughter and gentle kindness left an unforgettable mark on all who knew him.

He is survived by his sisters, Bonnie Schut and Jannis Rubinstein, niece Heidi Abra, brothers-in-law Andrew Magarian and Don Rubinstein, step-nieces Tara and Isaac Rubinstein, grandniece Simza Rubinstein as well as cousins and countless friends who loved him.

Funeral service will be held at Congregation Ohev Shalom, in Wallingford, Pennsylvania, on 12/18/22 at 12:30 p.m. followed by burial. Contact www.ohev.net for further information. A Celebration of Life will be held in Los Angeles in January 2023.

The family requests that donations in his memory may be sent to The Michael J. Fox Foundation (www.michaeljfox.org) and/or the International Myeloma Foundation (www.myeloma.org) or the Jack Swerman Architectural Fund (www.ohev.net).

In a world where you can be anything, be kind..

To order memorial trees or send flowers to the family in memory of Marshall Swerman, please visit our flower store.

Send a Sympathy Card
In memory of Marshall Swerman, please consider making a donation to one of the following charities: