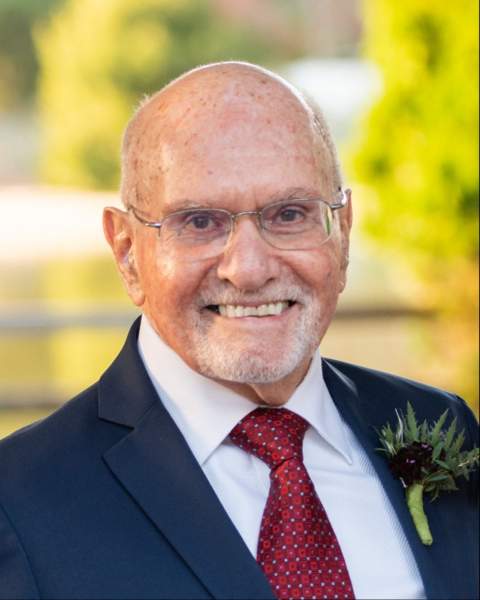 Leonard Linchuk passed away suddenly on August 16, 2022. He was the son of the late Betty and Samuel Linchuk. Born in Philadelphia on January 19, 1936, and former resident of Allentown, PA, Leonard had called Cherry Hill, New Jersey home for the last 30 plus years. Leonard graduated from South Philadelphia High School in 1954 and from Drexel University in 1958, where he received his Bachelor of Science degree in Mechanical Engineering.

Known for his sense of humor and positive outlook on life, Leonard will be deeply missed by many friends and family. In his youth, his nickname was Chuckles because of his great smile and was known as Len or Lenny to his close friends.

Leonard had many careers in his lifetime and with each one, he had a strong and dedicated work ethic. In the beginning of his career, he worked as a mechanical engineer with New York Ship Building Corporation at Camden where he was assigned to work on the Savannah, the first nuclear freighter. He then moved to Allentown, PA where he became general manager of the Cata Garment Company. He helped organize the Lehigh Valley Needles Trades Association in 1963. In the early 1980s, he ran Dave Shores Restaurant in Philadelphia before starting his own wholesale women’s clothing business named LL Fashions. Following that, he had a small clothing boutique called the Front Room for many years, before working for Yellow Book, where his personality and dedication made him a top salesman. Later years, he continued working part-time as card dealer for multiple charity events. He enjoyed meeting interesting people and loved to learn about them.

Leonard was a proud father and grandfather. He is survived by his daughter, Vicki Linchuk, son, Steve Linchuk (Carolyn) and two granddaughters that he adored, Olivia Hally (Andrew) and Bridget Linchuk. He is predeceased by two brothers, Theodore and Edward Linchuk. His wife, Leslie Fraenkel passed away in 2015.

Donations in his memory can be made to his favorite charity, the Make a Wish Foundation, or the American Heart Association.

To order memorial trees or send flowers to the family in memory of Leonard Stanley Linchuk, please visit our flower store.

Send a Sympathy Card
In memory of Leonard Stanley Linchuk, please consider making a donation to one of the following charities: