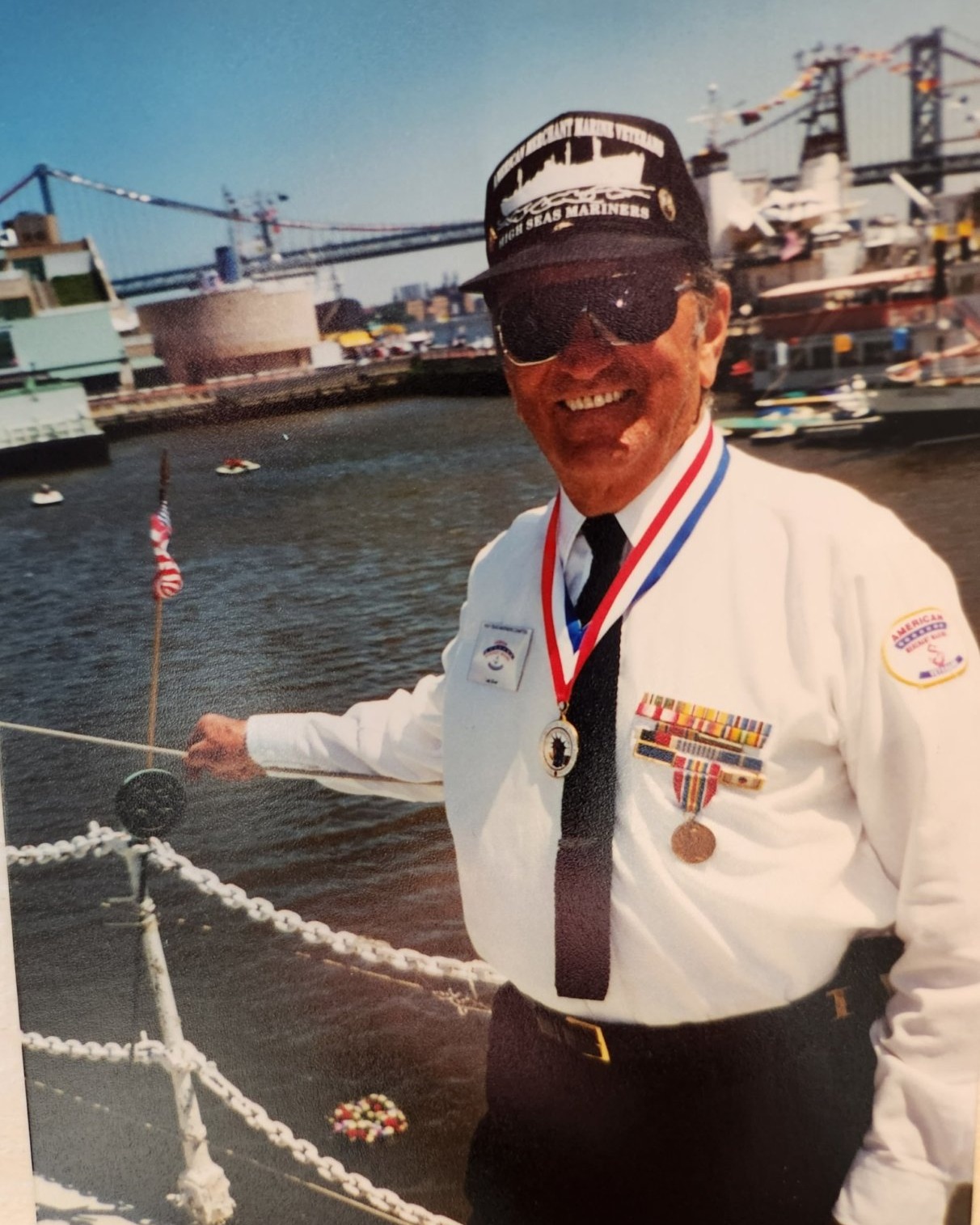 Leon proudly served in the Merchant Marine Service during World War II participating in the Battle of Normandy and the Army during the Korean War. He and his loving brother Lawrence (Babe) later worked together in their local Merchant Marine Veterans Chapter towards achieving formal recognition of its wartime contribution and sacrifice. He served as his chapter's secretary treasurer and editor of its newsletter.
Leon was an entrepreneur in a variety of fields including retail grocery and real estate sales and construction. He contributed decades of dedication and leadership in his synagogue's Monday and Thursday morning Minyan prayer group.
Leon spent the best 59 years of his life with his "Jule" and is now ready to join her.
Family and friends are invited to his Graveside Service on Thursday January 26, 2023, at 12Noon precisely, at Montefiore Cemetery 600 Church Rd. Jenkintown, PA 19046.  Contributions in his memory may be made to the Penn Memory Center www.pennmemorycenter.org  Shiva is private
To order memorial trees or send flowers to the family in memory of Leon Silver, please visit our flower store.