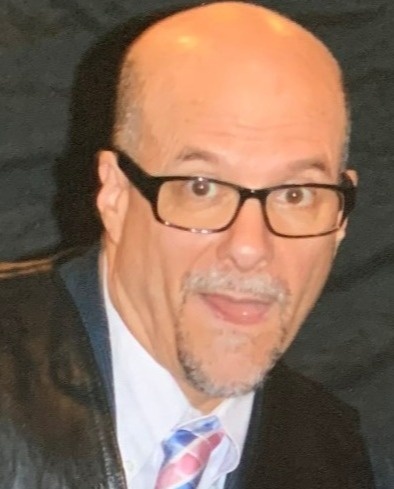 68, of Wyncote, a retired health and physical education teacher for the School District of Philadelphia passed away on September 18, 2022. A spirited, fun-loving goofball, Jeff was born on November 23, 1953, in Northeast Philadelphia. A graduate of George Washington High School, he attended Temple University (B.A., M.A., Ed.D) and University of Pennsylvania (M.A.). A life-long athlete, he won the Philadelphia Public School all-around title as a high school senior in 1971. Jeff was a four-year varsity gymnast at Temple and served as coach of the Temple Women’s Gymnastics team for many years. He stayed active throughout his life running in the earliest iterations of the Philadelphia Distance Run, Broad Street Run, and now defunct Philadelphia Zoo Run. Over the years he coached cross country, track and field, gymnastics, and volleyball to scores of student athletes who developed deep relationships with “Doc”, as they called him, both on and off the field, mat, and court. A former gymnast remarked, “I don’t believe I was especially talented, but believe that your coaching reinforced my love of sport.” A frequent contributor to the Inquirer Opinion column, Jeff was passionate about public education and spent 38 years teaching and coaching students in 14 schools across the city of Philadelphia. A fierce union advocate, he was a proud union representative serving as a dutiful building representative for 10 years. Even into his retirement, there wasn’t a day that passed where he wasn’t thinking about teaching in some capacity. Always clipping Inquirer articles, usually a Kristen Graham exclusive, he was of the belief that it was more than a profession, it was a calling. In his own words, “it’s part of my core content where my professional and personal life has merged, if they every really were apart.” It was as much a part of him as was his devotion to Philadelphia sports teams and a good slice of chocolate cake. He met his wife Vera at Robert Fulton Elementary School when she was a long-term substitute teacher. In their 32 years of marriage, they raised two daughters Matoya Sales (Demetrius Thorn) and Brittany Graham (Enrique Tellez-Espiga) and traveled the world, conquering every shopping mall along the way. In addition to his wife and children, Jeff is survived by one brother, Steven Rosenberg (Susan), and several other relatives. Relatives and friends are invited to Funeral Services, Thursday, 3 PM precisely at Goldsteins’ Rosenberg’s Raphael-Sacks, 6410 N. Broad St., Phila., PA Int. Private. Contributions in his memory may be made to the Owl Gymnastics Fund.

To order memorial trees or send flowers to the family in memory of Jeffrey W. Rosenberg, please visit our flower store.