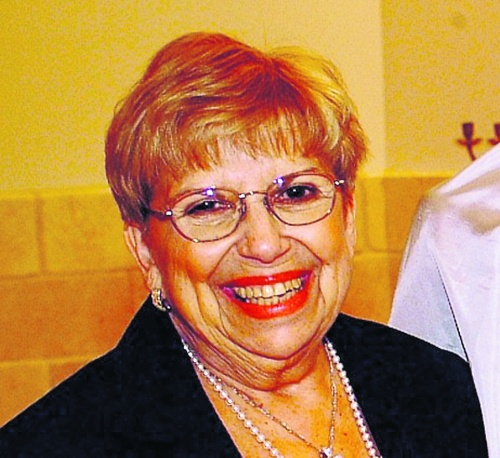 Hinda Graubard Marcu, 87, Lawyer, Student, Community Leader Hinda Graubard Marcu, a mother and legal secretary who in her 50’s fulfilled a life-long dream to become a lawyer, died in in her home in Monroe, NJ on July 24 after a short illness. She was 87 and died peacefully in her sleep. Hinda, known to friends and family as “Honey,” went to college, paralegal school and ultimately law school, all at night while raising 3 sons in Springfield (Delaware County) with her husband Howard Saul Marcu, a young real estate lawyer in Newtown Square. In 1984, she graduated from law school, declaring herself the “happiest 52-year-old woman in America.” She practiced real estate law for the next 20 years at the firm of Sand Gibbs Marcu & Smilk. Hinda and Howard retired to Ventnor, NJ in 2003 to watch the sunsets together from the balcony of their apartment overlooking Shelter Island Bay. Howard received a life-saving heart transplant in 1996 and lived another 15 years, dying at 82 in 2011. They were married for 58 years and law partners for 20. Hinda was a prolific contributor to community and religious organizations. She was a founding member and served as president of Congregation Ner Tamid, in Springfield, and was for many years Treasurer of the Elizabeth Roe Dunning Club, a charitable organization that provided grants and other services to women with blindness. She loved to learn and read her entire life, and after retiring, she took college courses, studied Talmud and philosophy and participated in book clubs into her late 80s. She was also an avid bridge player. A determined optimist, Hinda always seemed to be smiling. She loved nothing more than time with her family, particularly her grandchildren and great-grandchildren. She enjoyed talking politics, the law and knitting sweaters for the toddlers. Hinda is survived by her sons (Aaron, Leonard, and David), their wives (Mary Lu Bilek, Ilene Davidson, and Rona Solomon Marcu), nine grandchildren (Daniel Marcu (Lauren McCarthy), Aviya Ben-Yashar (Itamar Ben-Yashar), Adam Marcu, Benjamin Marcu, Elisha Marcu, Joshua Marcu, Justin Davidson, Brianna Davidson, and Kylie Davidson) and 2 greatgrandchildren (Shoham Tzvi Ben-Yashar and Liya Ben-Yashar). She is also survived by her beloved sister and best friend forever, Ellen Mae Goldstein (Dr. Martin B. Goldstein). Contributions in Hinda’s memory can be made to The American Friends of Israel Elwyn (www.IsraelElwyn.org.il).

To order memorial trees or send flowers to the family in memory of Hinda Marcu, please visit our flower store.