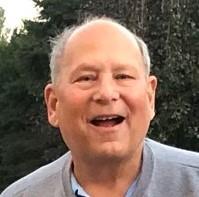 Nov 13, 2018. A life long resident of Delaware County with strong ties to the area. David was the devoted husband of Donna (nee Bartlett); a loving father to Allan Shooster (Robin), Keith Shooster (Beverly), and Rebecca Warburton (Joel); and a beloved brother of Myra Gerson (Jerome). David was an adoring Pop-Pop of his grandchildren: Eric, Elaina (Matt), Amanda, Melissa, Alex, and Jack.
David was a devoted husband, father, brother, grandfather, friend and boss to his many long-term employees. He touched many lives, having a sincere interest in everyone around him and showing it with his heartfelt generosity. Working in real estate, David was a well known commercial real estate developer, serving as past President of the Apartment Owners Association and the Home Builders Association. David had many hobbies, including gunning, ham radio operation, boating and fishing with memberships in the Historical Car Club, Pheasant Run Farm Club, and the Grady White Club. His greatest pleasure was spending time at his beach house in Ocean City, New Jersey. You could always find him sitting on the porch with his binoculars staring out at the ocean or comfortable around the table with his family eating a home-cooked meal. David received an accommodation from the Philadelphia Police Department in 1991 for stopping a bank robber and received the Frank S. DiPietro Entrepreneurship Award at Franklin Pierce University. Over the years, he has continued to be a generous supporter of Franklin Pierce and was genuinely interested in the advancement of his alma-mater.
Relatives and friends are invited to funeral services Friday 11 AM at Temple Sholom in Broomall, 55 N. Church Lane, Broomall, PA 19008. Int. Ohev Shalom Cemetery, Brookhaven, PA. Shiva will be observed at his late residence Friday only. Contributions in his memory may be made to the American Heart Association or the American Cancer Society.
To order memorial trees or send flowers to the family in memory of DAVID SHOOSTER, please visit our flower store.