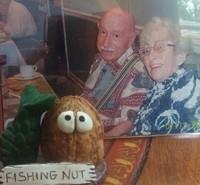 Bernard Lerman
05/08/2020
It is with great sadness that we announce that Bernard Lerman, 89, passed away peacefully from natural causes the morning of May 8, 2020, in his room at Pine Run Lakeview, Doylestown, Pa.
Bernie (Lefty, Butch, Berel) was a first generation immigrant from Poland. He lived the first 60 years of his life in Brooklyn, N.Y. – Williamsburg, East New York then Canarsie. In the '90s he, along with his wife of 63 years, Carole (1935-2018), retired to the Pocono Mountains. There they enjoyed their friends in "The Young & The Rest of Us" club. In 2015, they moved to the Pine Run retirement community. Bernie was an U.S. Army veteran of the Korean War. While only a high school graduate (Eastern District High School), Bernie worked his whole life in business, from bookkeeping to credit management in the textile industry, enabling him to proudly send both of his children to college and enjoy a nice retirement. He was a true family man, whose first priority was always the care and protection of his family. Bernie's favorite pastimes were fishing, bowling, playing poker, and visiting with his grandchildren.
Bernie is survived by his sister, Helen Tapick; two daughters, Finette Russak and Elycia Lerman and her wife, Anita; four grandchildren, Jason (and Andrea), Samantha, and Evan Russak, Saidah Lerman; two 'adopted grandchildren' Dustin Lynn-Becket and Meagan Warner; and two great grandchildren, Abigail and Nathaniel Russak.
In lieu of flowers, donations can be made in memory of Bernard Lerman to: Kehilat HaNahar, 85 W. Mechanic St., New Hope, PA 18938, or Dana-Farber Cancer Institute, P.O. Box 849168, Boston, MA 02284.
Goldsteins' Rosenberg's Raphael-Sacks Inc.
6410 N. Broad St., Philadelphia, PA 19126
goldsteinsfuneral.com

To order memorial trees or send flowers to the family in memory of Bernard Lerman, please visit our flower store.