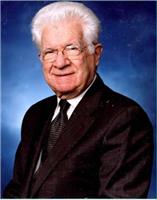 Arthur Levy, who would have turned 90 on his next birthday on February 7, passed away on December 27, 2019. Arthur was a devoted husband, father and grandfather, an accomplished lawyer who practiced in Chester, Pa and then Media, Pa, an active participant in his community serving in many capacities at the synagogue Ohev Shalom to which he belonged for his entire life, a charitable contributor, an enthused observer of Philadelphia sports, particularly the Eagles and the Sixers, and an avid follower of politics and world events. He is survived by his loving wife Barbara Binder Levy, his devoted children Gayle Levy and Adina Levy, and his beloved grandchildren Lara, Jason and Amanda Liebmann. His beloved son Leonard Levy predeceased him in 1967.
Born in Chester, PA, Arthur was raised on 21st street by his parents George P. Levy, a manager at Spears Brothers in Chester, and Ada Blumberg Levy, a homemaker. Arthur grew up with his brother Melvin as well as his uncles Albert and Louis, the 4 of them sharing a bedroom; Aunt Anne also resided in the house. In high School, Arthur was most proud of his participation as point guard for the Chester High School basketball team and being voted most dependable, an accolade that well defined his character his entire life through his unrelenting devotion to his family, friends and community.
Arthur matriculated at the University of Pennsylvania in 1948, and thereafter, following in his Uncle Albert's and brother's footsteps, the University of Pennsylvania Law School, commuting each day for 7 years from his home in Chester, PA. He met his wife at the University of Pennsylvania in 1954, marrying her in December of 1955.
Upon graduation from Law School, Arthur served in the army and was based in Columbia SC while his wife Barbara Levy taught elementary school in Cayce, SC. After the army, Arthur came back to Chester (and later Wallingford) to start his family and to practice law with his uncle and brother in the firm of McCallahan, Blumberg and Levy, which later became Levy and Levy. Later in his career, Arthur joined the law firm of Eckell Sparks Auerbach and Monte in Media, Pa, where he worked until his retirement at age 75. Arthur served as the attorney for the Ridley, Chichester, and Willaim Penn school districtsof over 30 years.
Arthur will be remembered for his enthusiasm for his family and friends, his engaging intellect and curiosity, the manner in which he made others at ease, and as a pillar of his community.
Funeral services will be held at Ohev Shalom Synagogue, in Wallingford Pennsylvania on Tuesday, December 31 at 11:00 AM. Shiva services will be held 6:00 PM Tuesday, December 31, and Wednesday, January 1, at Wesley Enhanced Living Main Line in Media, PA.
To order memorial trees or send flowers to the family in memory of ARTHUR LEVY, please visit our flower store.